Maple syrup is generally made from the sap of sugar, black, or red maple trees, but can be made from other Maple species. The trees store starch in their trunks and roots before the winter, and then in the winter and early spring, the starch is converted to sugar that rises in the sap. Holes are drilled into the trunks of the Maple trees to collect the sap. The sap is then heated to evaporate the water to create Maple syrup. The Maple syrup is then graded based on its density and translucency. All pure maple syrup made in Vermont must now also include the word “Vermont” as part of the grade, and it must meet a higher density requirement than dictated by the international law.

On March 25th and 26th, Vermont will be running a state wide Maple syrup open house weekend to celebrate the sugaring season. If you love Maple syrup as much we do, you will love the traditional celebration of sugar on snow and pancake breakfasts. Just 20 minutes away from the Swift House Inn is one such sugaring house and store that is known as much for their traditional smoked meats as their maple syrup: Dakin Farm. 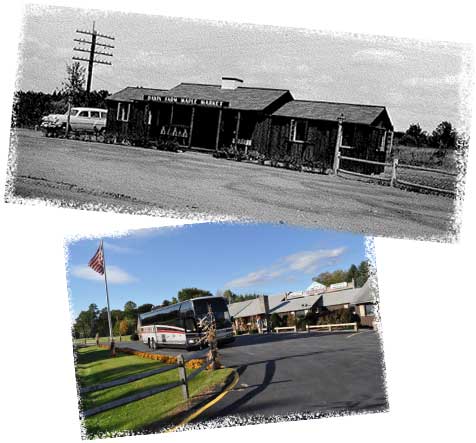 Dakin Farm was settled by Timothy Dakin in 1792, and was owned by his descendants until 1940. In 1960, Sam Cutting III, a Vermont Air National Guard Fighter Pilot, purchased Dakin Farm and moved his family to live in the original farmhouse. At that time, the farm included a small roadside stand called, “Dakin Farm Maple Market,” named after the original owner, Timothy Dakin.

Mr. Cutting learned how to smoke ham and bacon according to the farm’s original 1800’s recipe over corncob embers in a wooden barrel. As the farm grew, he quickly outgrew the barrel, but the recipe and the traditional flavors of a long, natural smoke stayed the same.

Dakin Farm is now run by Sam Cutting’s son, Sam Cutting IV. Sam made his dream of shipping Vermont maple products all over the country come true with the help of the internet and a marketing degree from the University of Vermont. In 2003, the “Big Red Barn” distribution center was added. Sam’s three daughters continue the family tradition of working on the farm during the summer and the busy sugaring season. 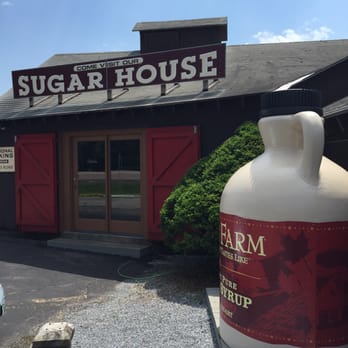 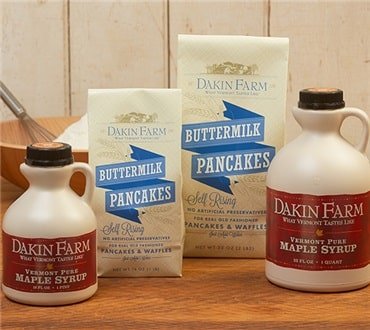 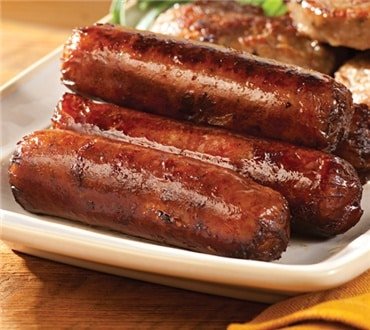 Join Dakin Farm on March 25 and 26 or April 1 and 2 for some great food and company. Start out with some mouthwatering buttermilk pancakes, bacon, and sausage for breakfast, served from 7:30 a.m. until 11:30 a.m. and then stop back in from 12:00 p.m. to 4:00 p.m. to enjoy a lunch of a sausage hoagie cooked in sap or a bowl of Dakin Farm maple chili. Top it off with a taste of this year’s newest crop of Vermont maple syrup over spring snow or ice cream. Watch sap be boiled the traditional way and taste free samples of some of the meats Dakin Farm is most known for. Bob Degree will be playing live music on March 25th, April 1st, and April 2nd, and Banjo Dan (The Sky Blue Boys) will be playing on March 26th. Finish your day off back at the Swift House Inn with dinner at our on-site restaurant, Jessica’s.

Directions from the Swift House Inn in Middlebury, Vermont:

Head West down Stewart Lane from the Inn, and then take a right onto route seven north at the traffic light. Follow route seven for about 17 miles and Dakin Farm will be on your left in Ferrisburgh.

Here at the Swift House Inn in Middlebury, Vermont, we strive for excellence when it comes to everything we do, especially the food we serve. We like to support the local economy and our fellow community members by buying our ingredients locally. Over the next couple of months we will… Read More