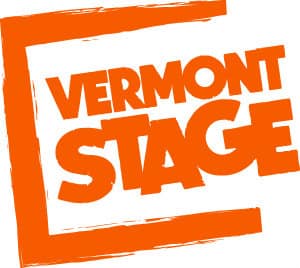 On the eastern shore of Lake Champlain, just west of the Green Mountains, and not too far from our bed and breakfast is a quaint and charming city called Burlington, VT. A neat fact is that in this city became the first city in the United States to run completely on renewable energy! How cool is that? Well back to the reason for today’s post—Burlington is also home to a very fun theatre company called Vermont Stage and they happen to have a show called The Bake Off that we think you’ll enjoy.

The Vermont Stage is the city’s only year-round, professional, theatre company. It has produced over 100 shows since its start in 1994. Each year they produce 6 shows and over 75 performances, readings, and special events. One of the unique things about this place is the front row seats that right on the stage, giving audiences a true, up close and personal experience with the performers.

The Bake Off will be showing June 14-19, 2016. This show takes one play, breaks it into three different parts and puts a different director and cast in charge of each part. Each director has a certain way of bringing a play to life and actors can each bring their own perspective to a role. This unique way of presenting a play really gives you at look into the way directing and acting can affect the final outcome of a play. Each performance will be followed by a Q&A with the directors and the audience so you can learn some valuable insights!

This will be a fun way to spend an evening if you will be traveling our way. We would love to host you for the evening or check out the Friday show and plan an entire weekend getaway at our classic Vermont country inn.

At the beginning of April we started off our Lake Champlain Bikeways series with a look at a great tour called the Land of Milk and Honey Tour. We have such a passion not just for biking, but getting outdoors… Read More