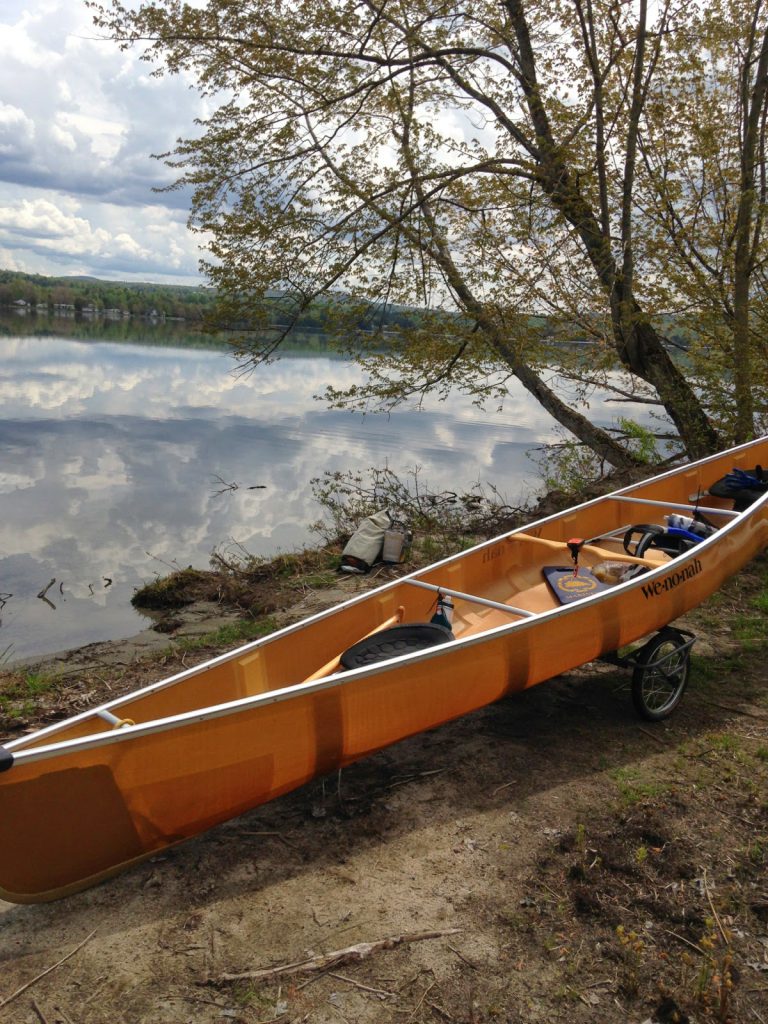 http://www.northernforestcanoetrail.org/
Dan and Jeff have been on their canoeing adventure for about
3 weeks now. Section 2 of the trail took them from Long Lake to the Saranac River in upstate New York. They paddled through a unique Silver Maple swamp and century-old hand-operated locks.

In Section 4, Dan and Jeff paddle down the Saranac River. It features old dams and some spots of rapids. To avoid the rapids, Dan and Jeff mostly portage around them to lessen the risk of damage to the hull of the boat and to themselves. The Saranac River empties into Lake Champlain in Plattsburgh, New York. When they paddled into the lake on May 14th, the lake was pristine, smooth and flat. The duo took the advantage of sleeping in a bed and getting a hot shower. The next morning, they awoke to the sound of crashing waves.  Both realized it was not a good day to cross Lake Champlain.  For those of you who know nothing about the Lake, it has 435 square miles of surface water and is 12 miles across at its widest point. The winds tend to follow the length of the lake across the surface of the lake and make the water get choppier as it gets toward Plattsburgh and the islands. So, thus, paddling a canoe across rough water was not an option. So they decided to take a quick respite and come back to Middlebury for a couple of days to wait for the current weather pattern and storms to pass. 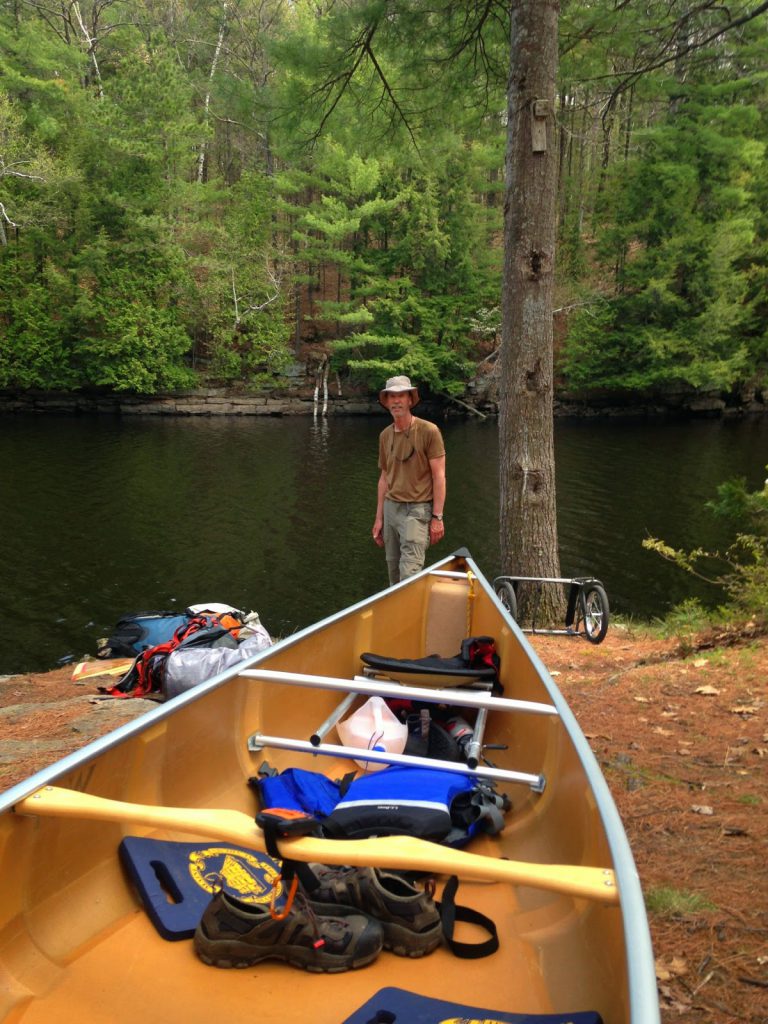 Two days later the duo returned to Plattsburgh.  The lake was still too rough, so they took the ferry across the lake to Grand Isle and made the paddle from there into the Missisquoi River to start section 6. This particular river takes them through the Northeast Kingdom of Vermont and up into Canada. Then back down into Vermont through Lake Memphremagog. Next they paddled up the Clyde River toward Lake Salem and onward to Island Pond using the Nulhegan River. The river eventually empties into the Connecticut River on the border of Vermont and New Hampshire. They are currently in Section 7. This part of the trail takes them through the North Woods of New Hampshire up the Ammonoosuc and Androscoggin rivers into Umbagog Lake and then into Maine. This stretch is a lot less populated and offers dense woodlands. To follow their daily progress by GPS click on the link below:
http://share.findmespot.com/shared/faces/viewspots.jsp?glId=0koxd6yft4A1f3CFm0OgpuZXpNptsCCG3

Dan called on Sunday night from Jackman, Maine. This is the last motel in which they will stay and the last cell phone coverage they will have for the duration of their trip. On Saturday they completed the most difficult portion of the trip: an upstream paddle/carry/walk the canoe through… Read More