After a fabulous evening with Marcia and Marty , Marty dropped me off at the Valley Forge Park where they picked me up the day before.  Then he helped me to fix another rear flat tire, geez!  I check the wheel and tire each time and I’m finding nothing so it must be pinch flats.  So I pushed off a little late and head out to a pick up by Michele’s parents about 20 miles from their house in PA.  I want to make good time to have a longer visit.  Well that plan immediately got more difficult with the start of a steady rain.  The first 9 miles of the ride was on a bike trail and another rider road part of the way.  He pointed me on the trail and left, a few minutes later he caught up and realized he sent me the wrong trail.  He then road with me and this trail came out at an easy place to get back on route.  The next 20 miles of the route was numerous turns, through neighborhoods and suburban roads, some turns were for only a block.  So the tire, rain and turns were slower than I wanted, but no hills. About 10:30 the rain stopped!  The 2:00 lunch was in New Hope and then the ride went into NJ and followed the Delaware River north. I had 28 miles to the pick up point, the road was flat and fast, but just for a challenge the last 3 miles had some hills. Finished the 28 miles in 2.5 hours! My drive train was making a lot of noise which I hope is due to the rain but I know the chain and rear cassette are worn.  Tonight I spent time cleaning the bike and oh yes, changed a slow leak rear tire.  After a really thorough check of the tire, wheel and the tubes I can not see why the tires are going flat. I seldom have flats and this is 4.  I replaced the wheel spoke tape thinking maybe the older tape is causing the pinch flats, as 3 of the 4 tubes show leaks on the side of the tube next to the wheel and not the outside, road side.  So we’ll see how it does tomorrow, which is going to be a challenging ride up the Delaware Water Gap.  It is great to be here with family!!! 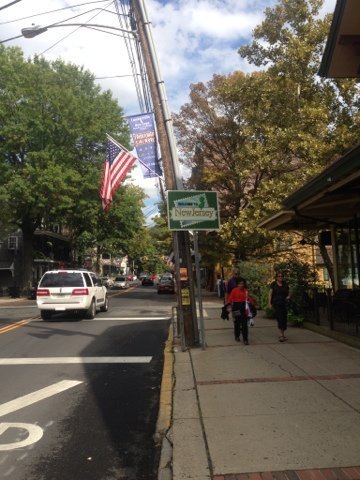 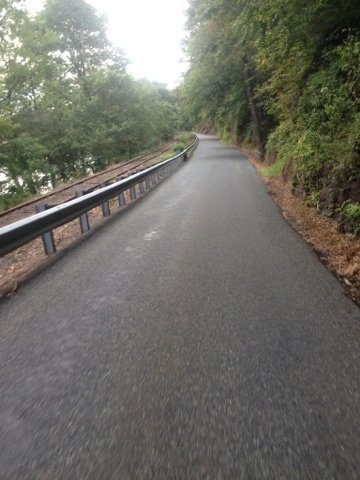 Well to start, the plan was to end up in Port Jervis NY, for about a75 miles ride.  So here is the story…. After a great night with Michele’s parents, they dropped me at the pick up point at  7:30. I was a little worried about how the gears would… Read More